We would like to offer our sincere support to anyone coping with grief. Enter your email below for our complimentary daily grief messages. Messages run for up to one year and you can stop at any time. Your email will not be used for any other purpose.

Share a memory
Obituary & Services
Tribute Wall
Donations
Read more about the life story of Richard and share your memory.

Richard L. Hohnstreiter passed away at his home surrounded by family on November 3, 2022, at the age of 77.

Richard (lovingly known as “Pap” or “Happy” by his grandchildren) was born in Adrian, Michigan, to his parents, Avis & Mary. He enlisted in the U.S. Air Force in 1962, and served his country for four years until he was honorably discharged in 1966 as an Airman Second Class E-3 and was awarded the Air Force Good Conduct Medal- 363d Tactical Reconnaissance Wing, and his Meritorious Service Ribbon. After leaving the Air Force, Richard moved to Lakeland, Florida, where he married and had two sons- Jeff and Shawn. He met his beloved wife, Patty, in 1985, and they eventually married in 1996.

It was in the Air Force where Richard first received his fireman training and eventually went to work for the Lakeland Fire Department where he served for 30+ years, retiring as a Lieutenant. Richard loved his brothers at the L.F.D. and maintained those relationships throughout his life. He loved cooking for his L.F.D. family, and was famous for his five-alarm chili, and his spaghetti sauce…. But don’t get busted stealing his prized sausage out of the pot before it was ready!

Richard and his four stepdaughters (who he treated as his own) loved to prank each other at Christmas time. One year, he sent them on a scavenger hunt for their gifts. But this was no ordinary scavenger hunt. He tethered them together with Chinese finger cuffs, and left letters and clues all throughout the house, leading to their ultimate gifts, which he literally had buried in the yard!! He would often begin planning for the next year’s adventure on the day after Christmas.

Pap was an avid Florida State Seminoles fan, but also loved NASCAR. He and Patty traveled all around attending NASCAR races. They moved to South Carolina for several years, and the family joke was they moved there because it was centrally located between more NASCAR tracks.

Richard was preceded in death by his parents, Avis & Mary, and his brother, Jim. He is survived by his wife of 26 years, Patricia Ames Hohnstreiter, sons, Jeff (Misty), and Shawn (Anissa), his four stepdaughters, Terri Repovz, Lisa Armlin, Darlene (Neil) Rogers, and Bobbi (Matt) Haverty, 14 grandchildren and 5 great-grandchildren.

Richard will be interred at the VA cemetery in Bushnell, Florida, on Tuesday, November 29, 2022, at 11:00 AM. A reception for family and friends will be held at the Lakeland Fire Department Station 1 located at 701 E. Main Street, Lakeland, Florida, on Sunday, November 27, 2022, from 1:00 PM – 3:00 PM. In lieu of flowers, donations can be made to The Wounded Warrior Project (woundedwarriorproject.org) in Richard’s honor.

To send flowers to the family or plant a tree in memory of Richard Larry Hohnstreiter, please visit our floral store. 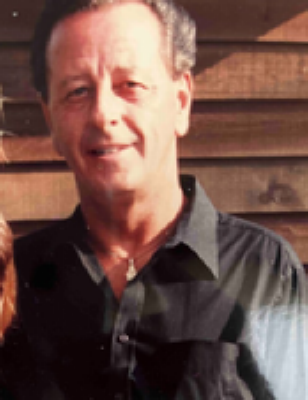 Look inside to read what others have shared


Family and friends are coming together online to create a special keepsake. Every memory left on the online obituary will be automatically included in the book.

You can still show your support by sending flowers directly to the family, or by planting a memorial tree in the memory of Richard Larry Hohnstreiter
SHARE OBITUARY
© 2022 David Russell Funeral Home. All Rights Reserved. Funeral Home website by CFS & TA | Terms of Use | Privacy Policy | Accessibility