Plant a tree in memory of Eloy
An environmentally-friendly option 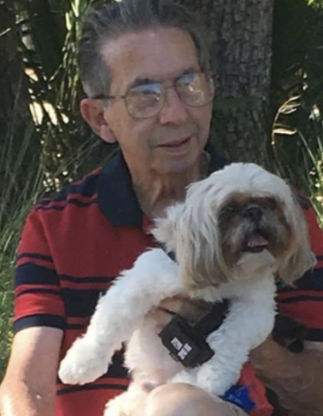 Eloy Sanchez Sr., a teacher to hundreds of children -- returned back to our Heavenly Father, on April 10, 2021, at the Good Shepherd Hospice in Lakeland, Florida, surrounded by his wife and 4 children. He was 87 years old.

Born on December 1, 1933, in Tampa, Florida, to Julio and Luz Maria Sanchez. He attended the University of Tampa and became an elementary school teacher for the next 38 years, teaching in Tampa, Florida and SLC, Utah. After his retirement, he then substituted in Lake and Pasco County. While in SLC, Utah, Eloy and Alice ran and owned a child daycare, with 72 children, called Alice's Wonderland. He was a member of The Church of Jesus Christ of Latter-day Saints. He was drafted in the Army, in 1952 and served in the states for 4 years. He enjoyed drawing, fishing, crabbing, watching football and many other sports, and being silly with the grandchildren, always singing to them Happy Birthday in Spanish. He did many community services with his wife. Eloy loved to read his scriptures and write in his journals about his family. He loved his dogs Shazam and Ralphie.

In lieu of flowers, the Sanchez Family would like donations made to the Good Shepard Hospice located at 3450 Lakeland  Hills Blvd, Lakeland, Florida, 33805. The viewing will be for immediate family only, due to the COVID virus. A later service will be announced for extended family and friends.

Plant a tree in memory of Eloy by clicking here.
To send flowers to Eloy's family, please visit our floral store.

A service summary is not available

Plant a tree in memory of Eloy
An environmentally-friendly option

Plant a tree in memory of Eloy

1 tree planted in memory of Eloy

A Memorial Tree was planted for Eloy Sanchez, Sr.

Plant a tree in memory of Eloy